Out and about yesterday around Mid Wales in the Elan Valley and surrounding area , it was a lovely day but although the sun was shining it was still very cold .

I watched two crows bring down a Red Kite into the side of one of the small rivers but it was too far away for the camera, after this i carried on around the lanes towards Tregaron with the usual Buzzards and Kites wheeling around in the sky , i got out of the Truck to watch one Kite floating along the valley side and as it dropped out of view i looked around to see a large silhouette above me – i had a quick ”  What the **!* is that !! ” moment when it turned and i could see it was a Golden Eagle !

Grabbing the camera out of the truck i took a number of shots but the lens on it at the time was not very big so the pictures have been cropped to within an inch of their lives !

Later i found out the eagle has been around for a number of years , and appears to be an escapee, the rings are visible on its talons. I did see a large bird of prey earlier this year nearer Brecon but thought i was mistaken , or not as it seems . 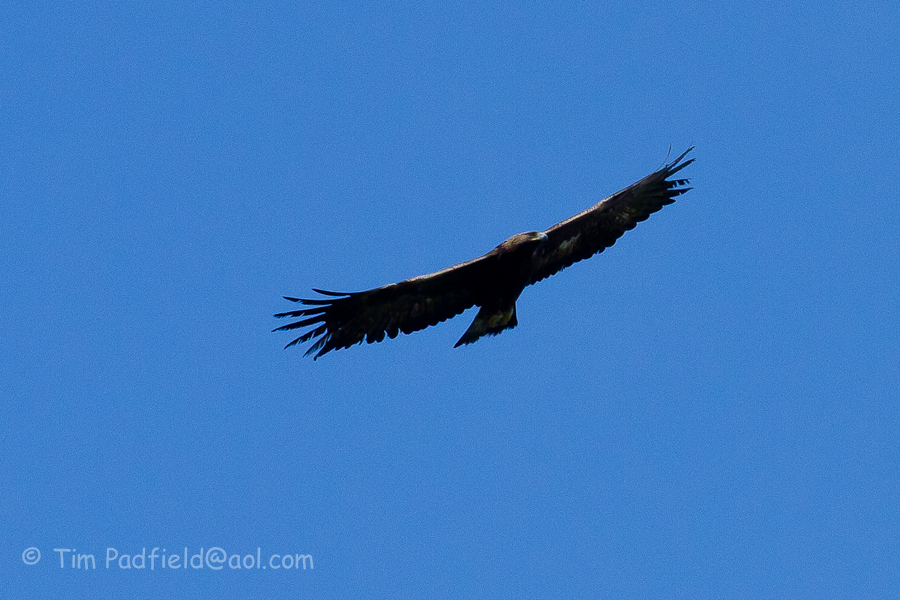 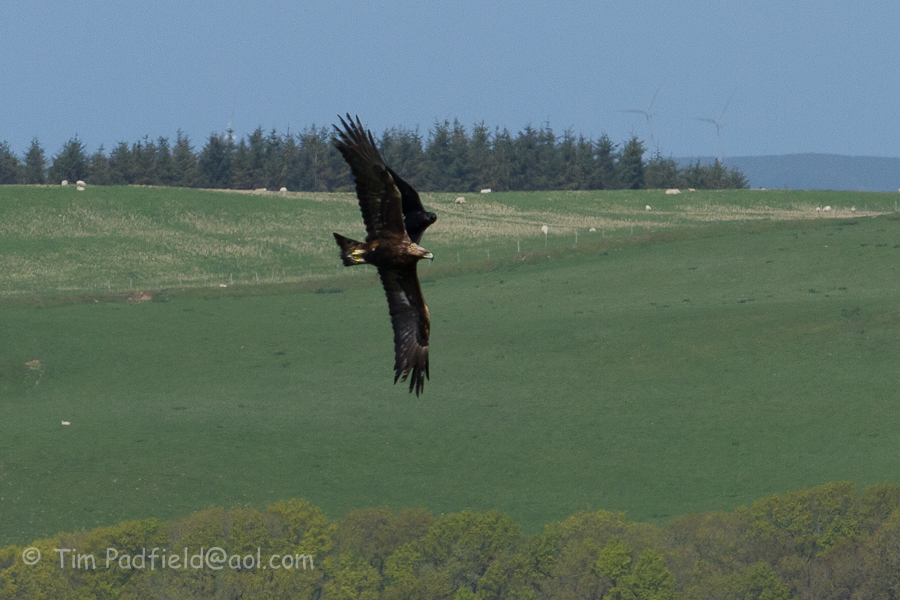