Some days turn out differently than you thought they would , i had gone out with a friend – Keith, on a tip off about a large Grass Snake. It had been seen near to the roadside on the Blackwood to Tredegar road.

I didn’t think we would even find it, but as we parked up and walked back down the road i spotted a large snake coiled in the grass , there was no movement and i thought that it might be dead , so i gently touched the snakes back with a thin stick . I wasn’t dead and it wasn’t a Grass snake either, its head came up out of the grass about eight inches and looked at us , giving an opportunity to take some photo’s and try to figure out what is was ! after a short while it slowly worked itself down a hole pushing up the turf as it did so , it takes a long time to get four feet of snake down a small hole .Your first thoughts are – ” is it poisonous ” and ” will it bite me ” – when in doubt take one step backwards , get phone out and call someone who knows about these things.

Keith had an Ecologist friend who came out straight away and after looking at the photo’s was ” fairly ” sure it was a Rat or Corn snake – not poisonous – but as it was right next to the path on a main road , it really needed to be taken away.

Thats when the next Twist in the story started , Keith’s Friend called his Friend Who said ” stay there all of  you – i’ll get the cameraman, it’ll make a great story for the series ”

That person turned out to be Dr Rhys jones   http://www.rhysjones.info/ – Who Eventually turned up with cameraman in tow. I think it will be shown on TV later this year.

I only went out to look for a snake ! 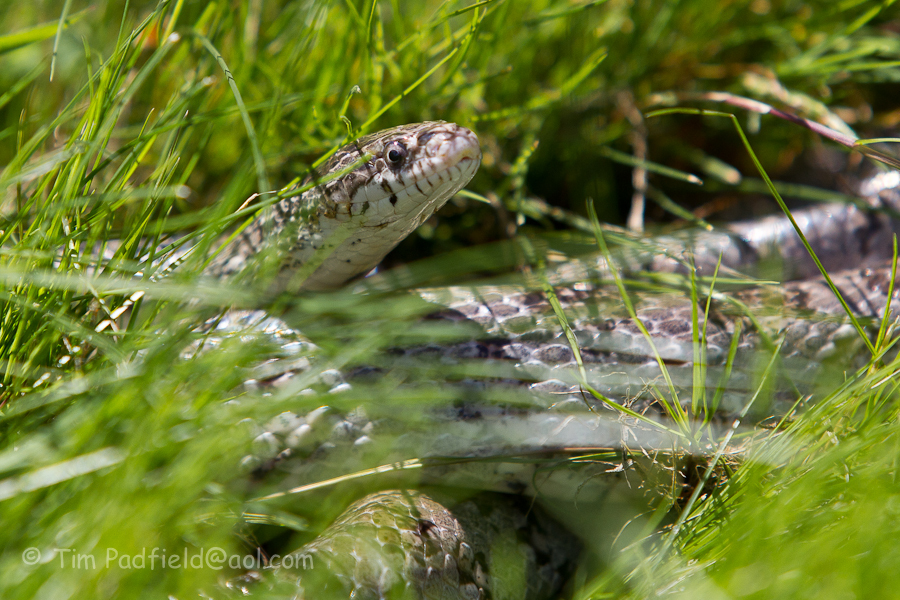 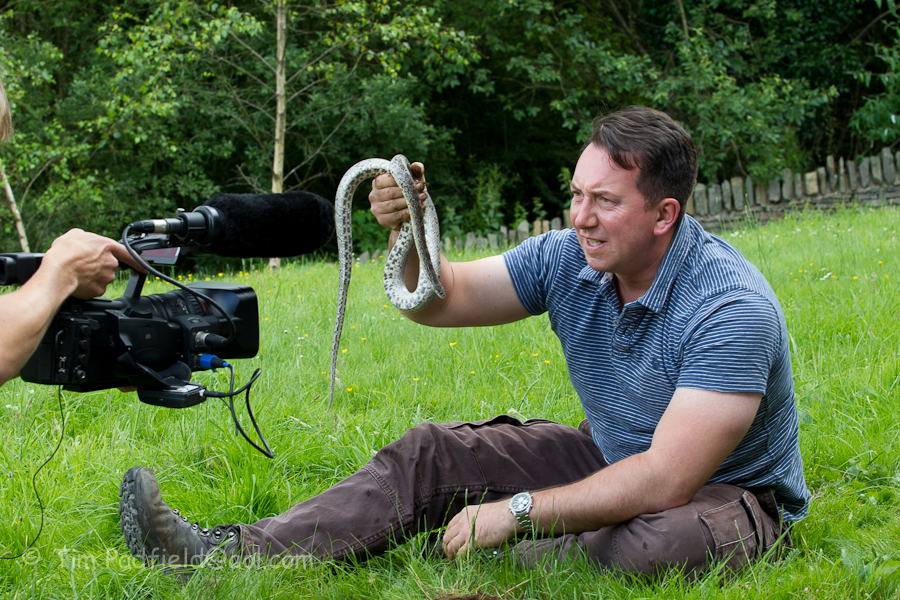